A major winter storm moved into western Iowa just before midnight on October 25th and spread across about the southeastern two thirds of the state on the 26th. Two bands of heavy snow developed, one extending from Council Bluffs northeast through Boone and the other extending from northern Ringgold County northeast to around Cedar Rapids. The heaviest snowfall accumulations included 11.3 inches at Knoxville and an amazing 13.0 inches southwest of Mineola in Pottawattamie County. Electricity was lost to tens of thousands of homes and businesses in central and southern Iowa as snow laden trees fell onto power lines. This was the most significant heavy snow so early in the season in Iowa since the storm of October 16-17, 1898. On the morning of the 27th temperatures plummeted, with the aid of the fresh snow pack on the ground, bottoming out at 9 F at Atlantic and Guthrie Center which was the coldest Iowa temperature recorded so early in the season since 1972. While this system produced nearly all of the snow that fell during the month of October 1997, it was still enough to make it the third-snowiest October on record in Iowa only behind those of 1898 and 1925. 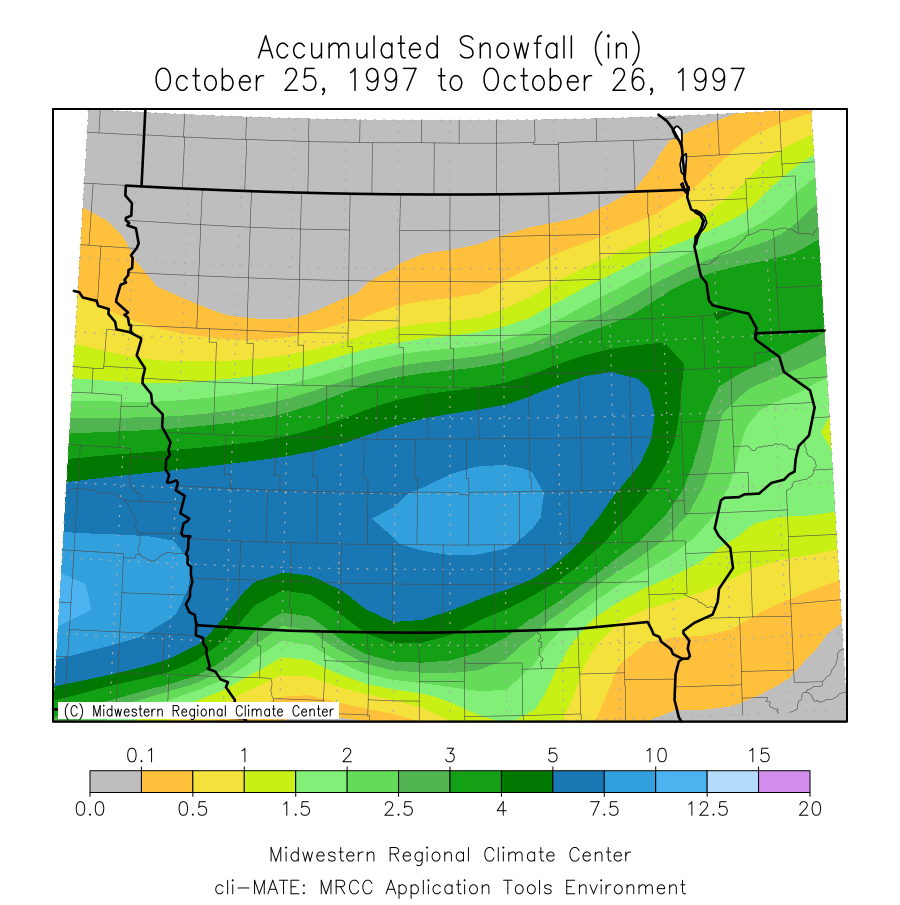 Total snowfall accumulation from a major winter storm that occurred on October 25-26, 1997. 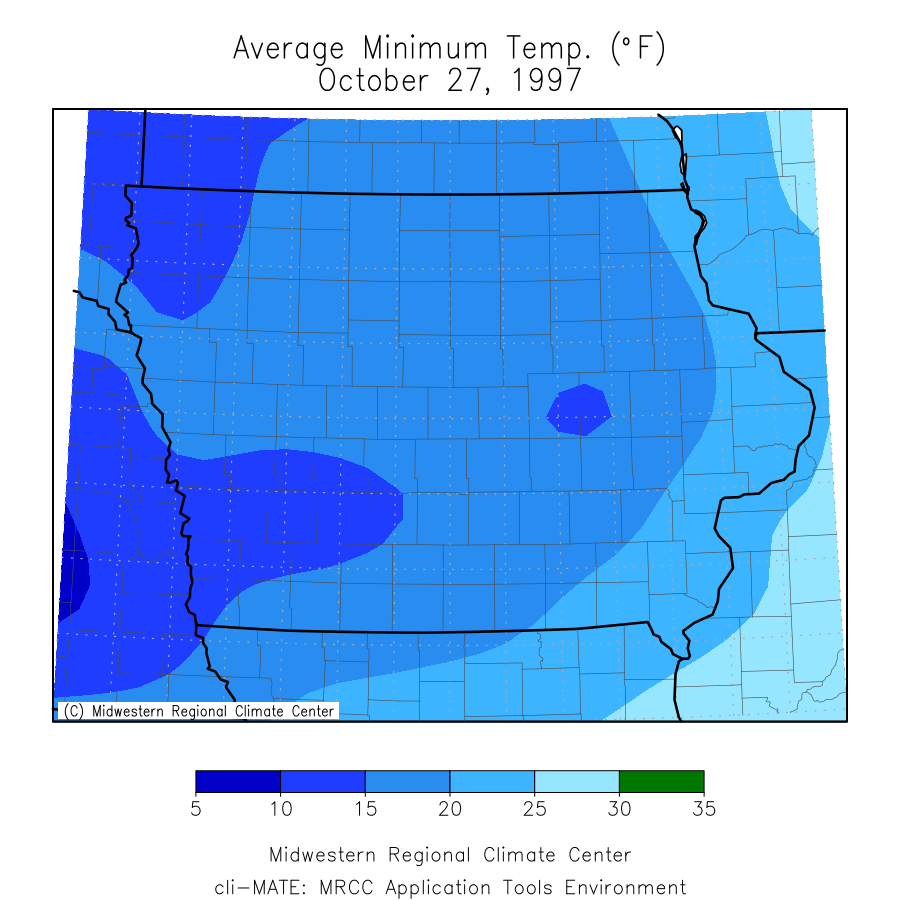 Average Minimum Temperature on the morning of October 27, 1997 after a major winter storm.