The statewide average precipitation was 3.69 inches which was 1.33 inches below the state’s normal for June (See Figures 3 & 4). This ranks as the 45th driest June out of 144 years of statewide climate records. The monthly totals at Des Moines and Waterloo were 1.47” or 3.47” below normal and 8.97” or 4.98” above normal. Des Moines recorded its 10th driest June since 1878 and Waterloo recorded its 4th wettest June since 1895. This was common throughout the state as the precipitation was highly variable (See Figure 5). For example, Cedar Falls had a whopping 11.22” while Salem only recorded 0.25” for the entire month. By the end of the month, much of south central to southeast Iowa were placed into Moderate Drought by the U.S. Drought Monitor with much of the southwest to western part of the state classified as Abnormally Dry (See Figure 6). Severe weather was limited throughout the month of June, even though June is Iowa’s peak severe weather month. In fact, the first half of 2016 was fairly “quiet” with respect to severe weather (See Figures 7a/7b).  The most active day came on June 14th when several central to northern Iowa counties reported wind damage. Heavy rain and damaging winds plagued a few counties during the evening of the 25th into the early morning on 26th (See Figure 8). Flooding was also limited during the month with only 1 river reaching flood stage and just a handful of Flash Flood Warnings issued by National Weather Service Office in Des Moines. 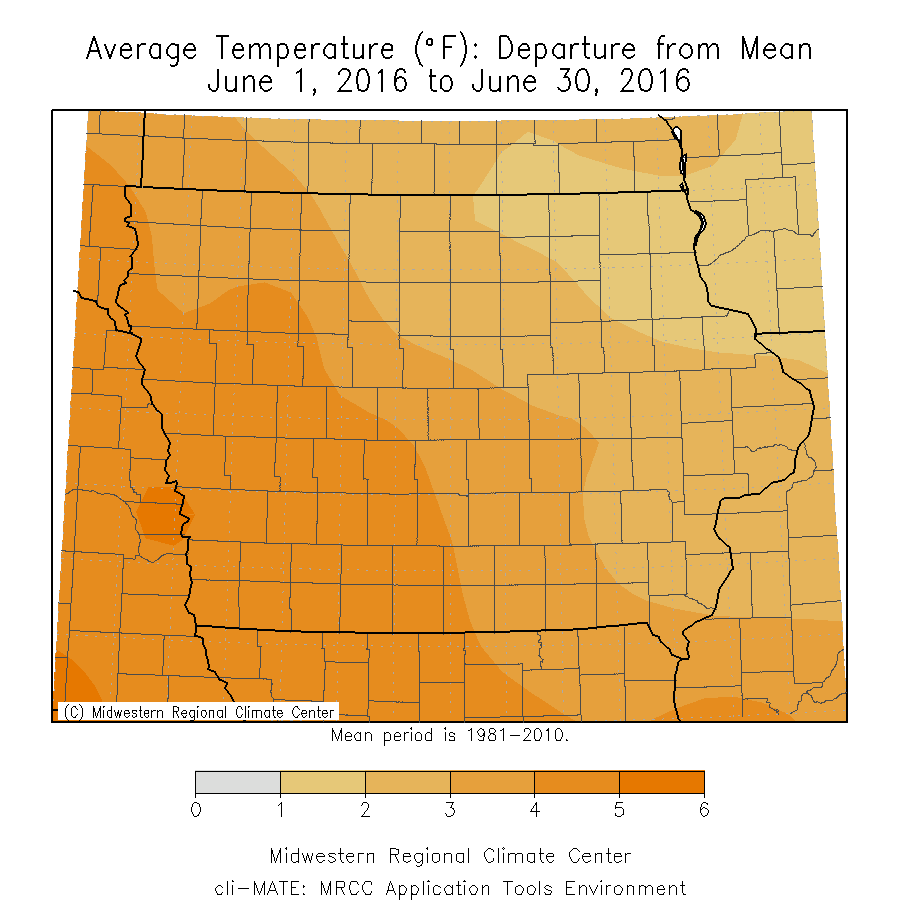 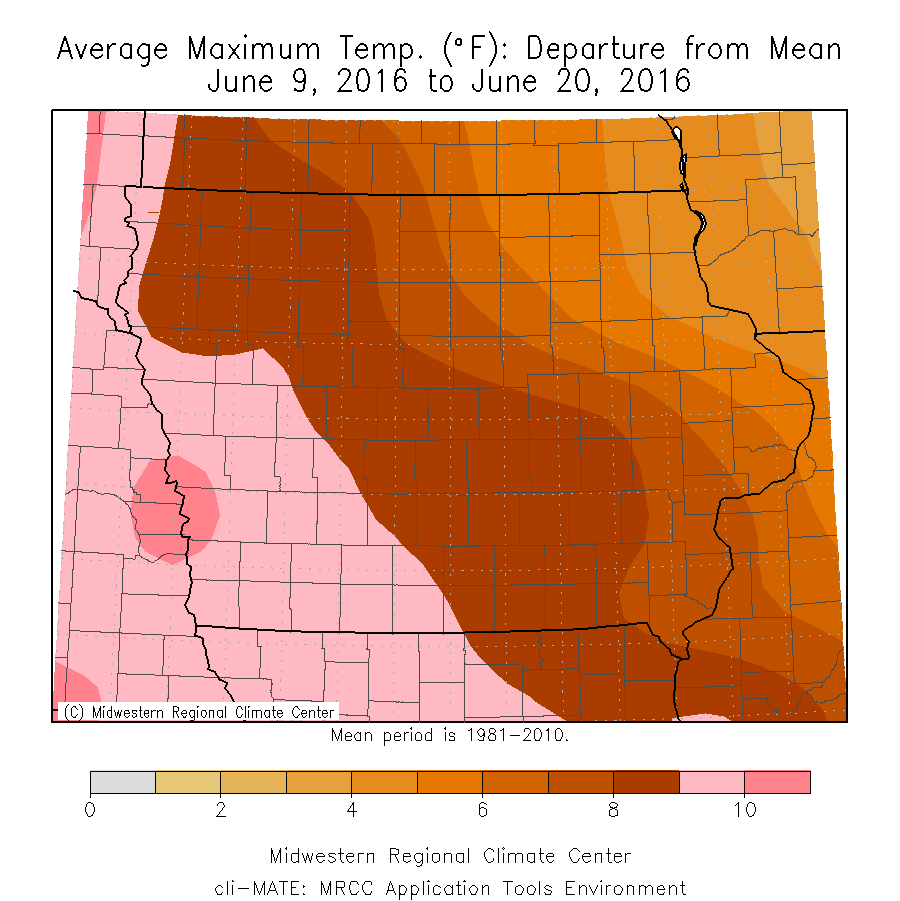 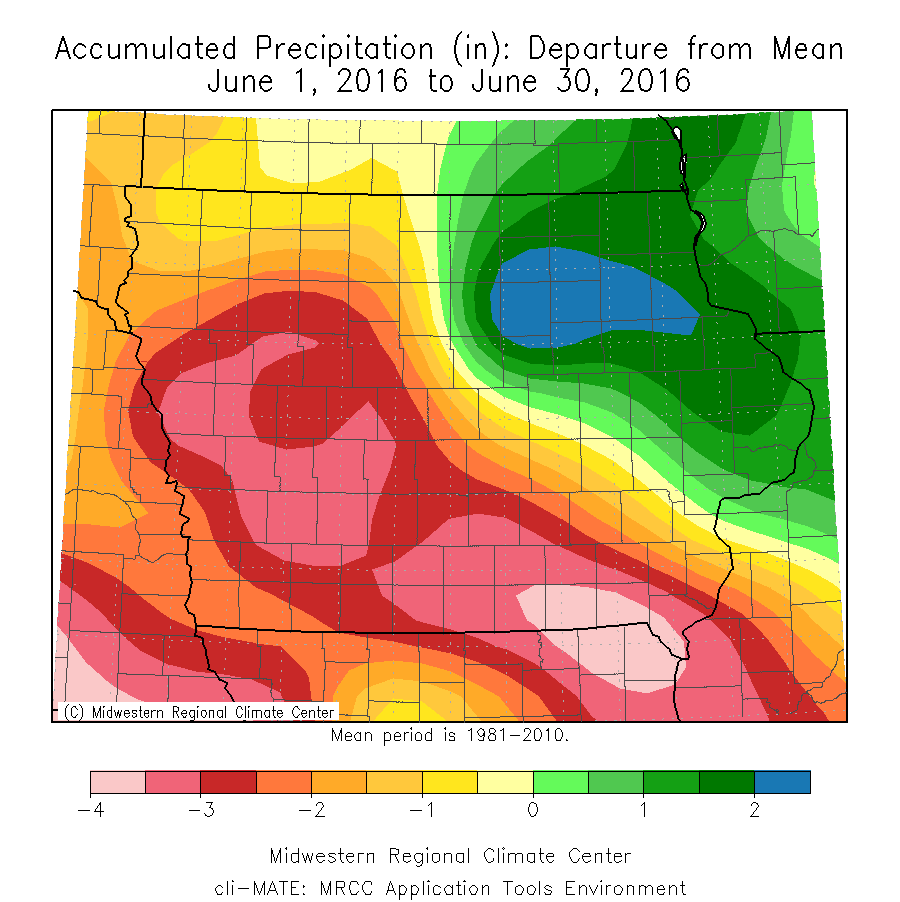 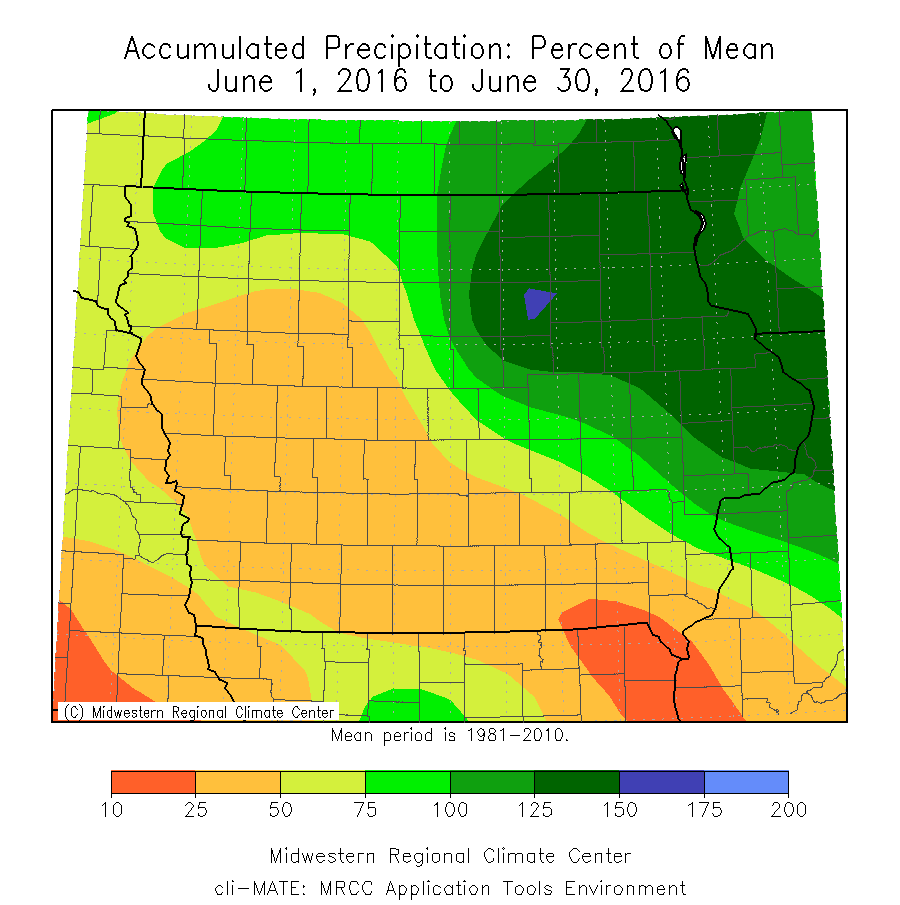 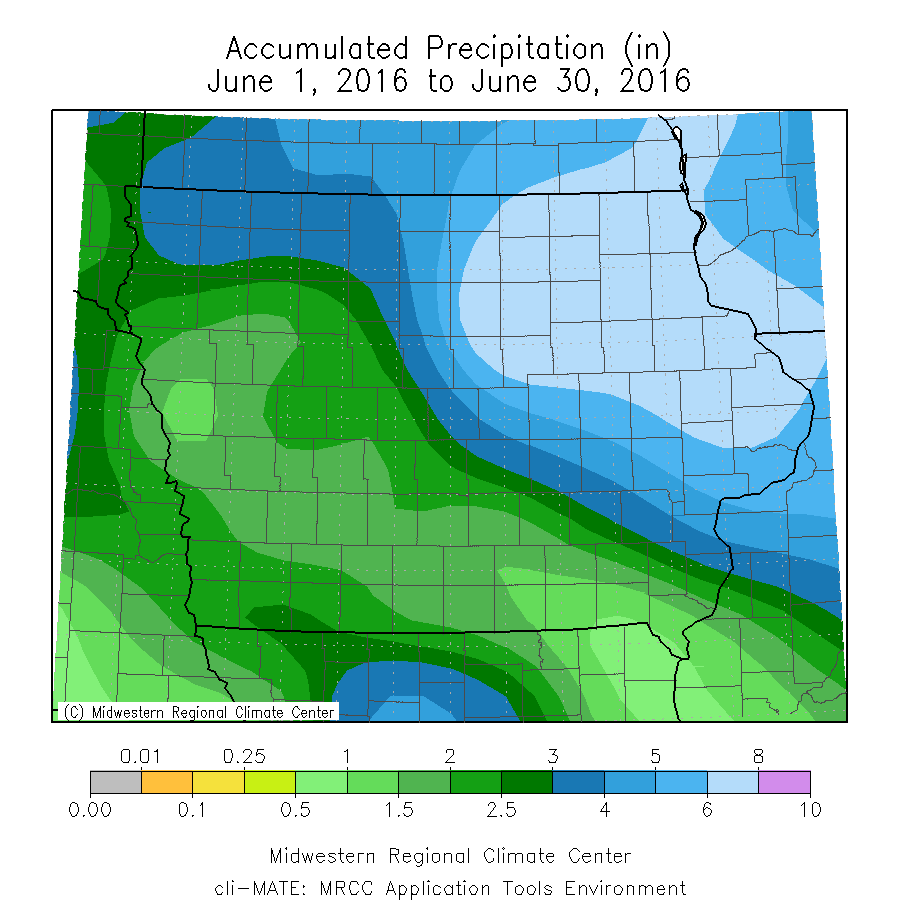 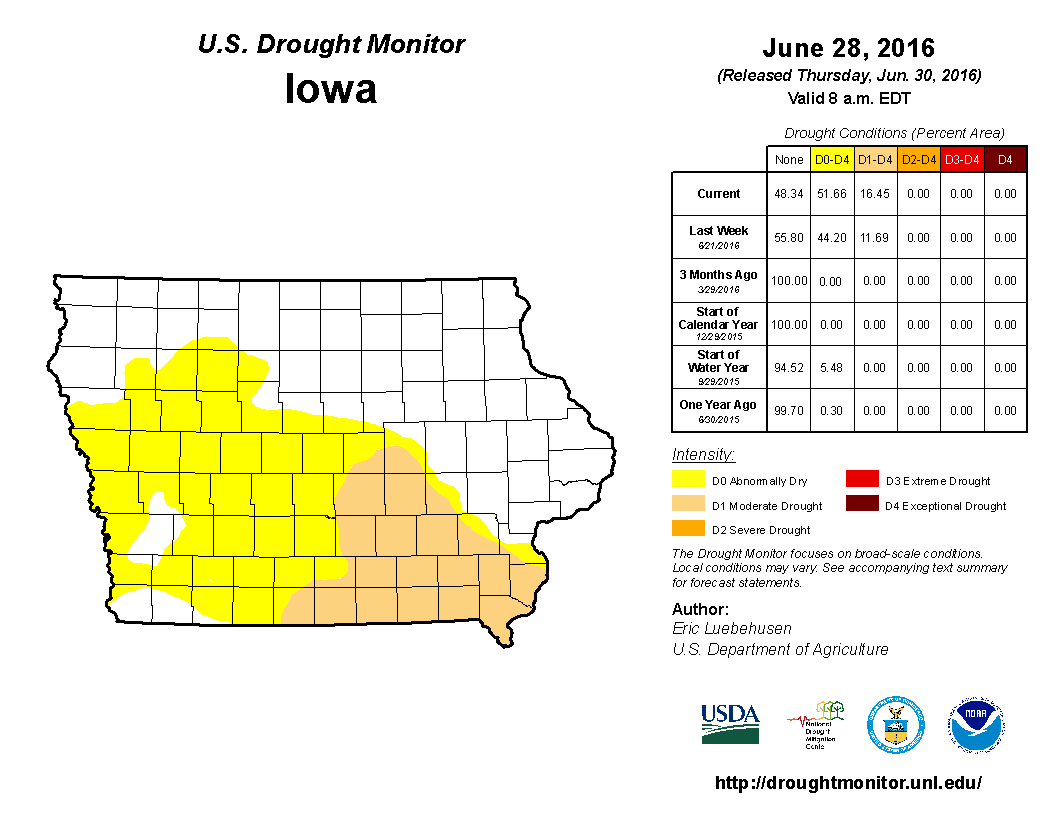 The U.S. Drought Monitor issued on June 28, 2016 placed Moderate Drought over south-central to southeast portions of Iowa and Abnormally Dry conditions over central to western Iowa. 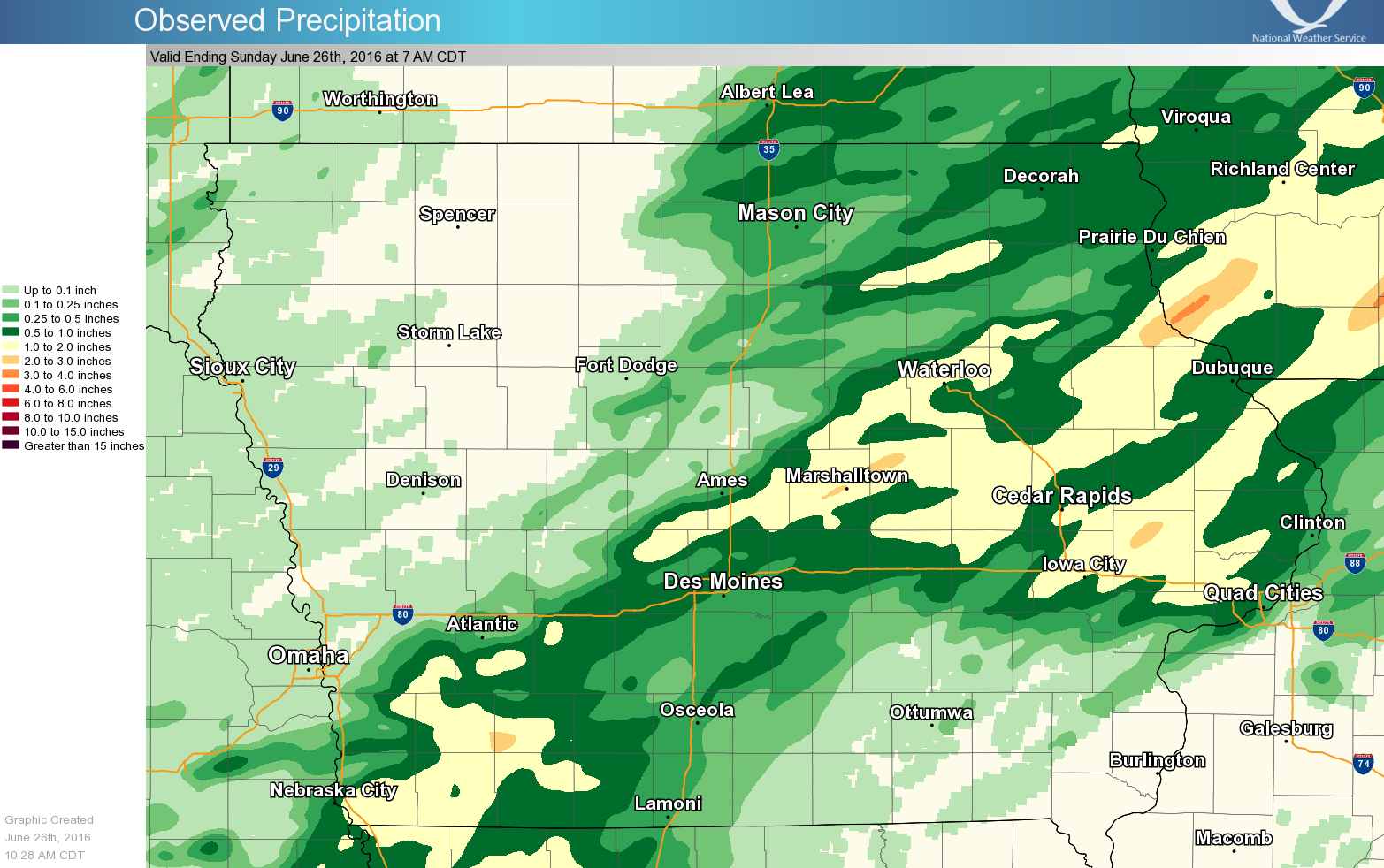 Heavy rain fell over southwest to east-central Iowa during the overnight hours from the 25th to the 26th. 24-hour precipitation ending at 7 AM CDT June 26, 2016. 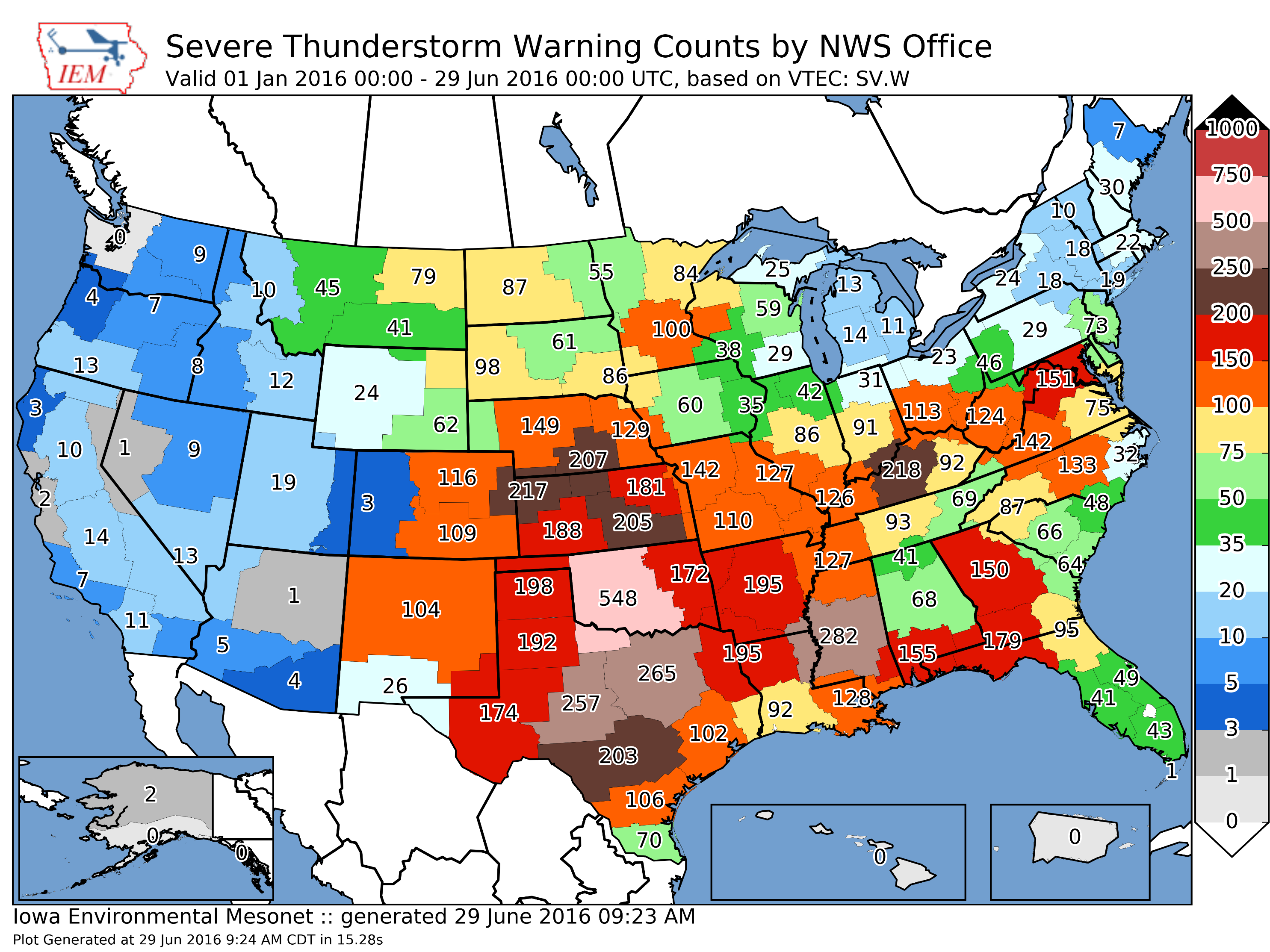 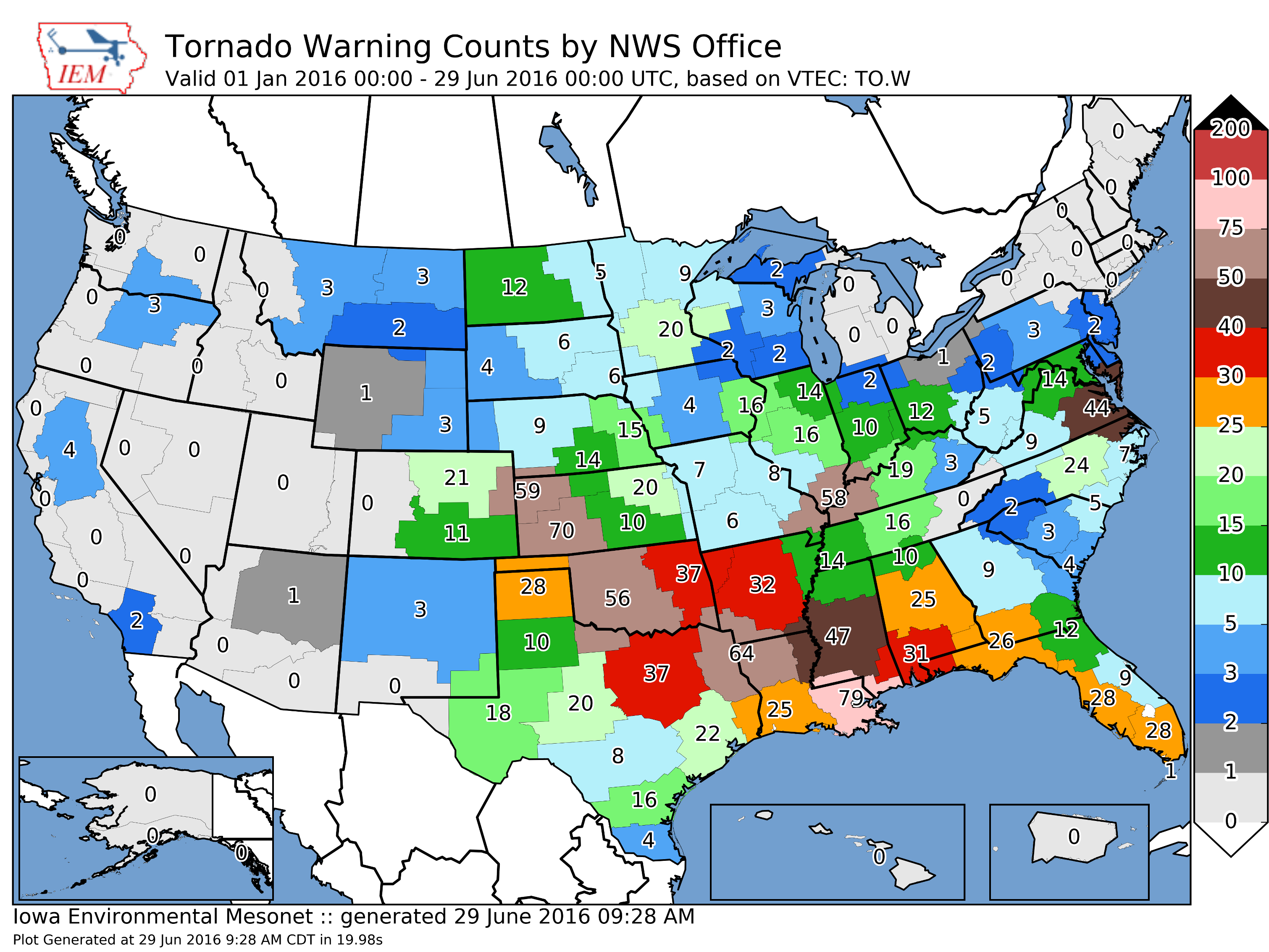