Through the 4th of July weekend, cooler than normal temperatures prevailed across the state (See Figure 2).  In fact, a few locations recorded low temperatures in the 40s on the morning of the 3rd (See Figure 3).  Estherville, Elkader, and Cresco all had low temperatures at 47°F on July 3rd.  Then the hot and humid conditions developed and dominated throughout much of the remainder of the month.  There were a few days peppered into the last 3 weeks of the month when cloud cover and thunderstorms kept temperatures below normal.  Regardless, the hottest stretch occurred from the 17th to the 27th. The hottest temperature of the month throughout the entire state was 97°F on the 20th at Sioux City and at Des Moines and Lamoni on the 21st.  Much of the state had heat index readings well over 100°F between the 20th and 23rd (See Figures 4 & 5) due to the high humidity and dew points.

The monthly statewide precipitation total for Iowa during the month of July 2016 was 6.13 inches (See Figure 6).  This was 1.63 inches above normal, resulting in the 16th wettest July on record among 144 years of statewide climatic records.  Des Moines totaled 6.98 inches for the month, with the bulk of that total occurring on the 19th when 3.53 inches of rain fell. This daily total nearly doubled its monthly total up to that point. In fact, only 0.02 inches of additional rainfall accumulated the remainder of the month, but Des Moines was still 2.51 inches above normal for the entire month.  Waterloo had a different outcome with 4.01 inches or 0.90 inches below normal for July.

After a dry first five days of the month, an active weather pattern developed and brought a multitude of precipitation through the 20th.  The statewide average from July 6th to the 20th was 4.86 inches or 2.63 inches above normal during that stretch (See Figure 7 & 8). The heaviest rainfall occurred from the southwest to north central to northeast portions of the state. Enough rain fell over central and southern Iowa to relieve some of the drought conditions except for a small area in far south central Iowa (See Figure 9). 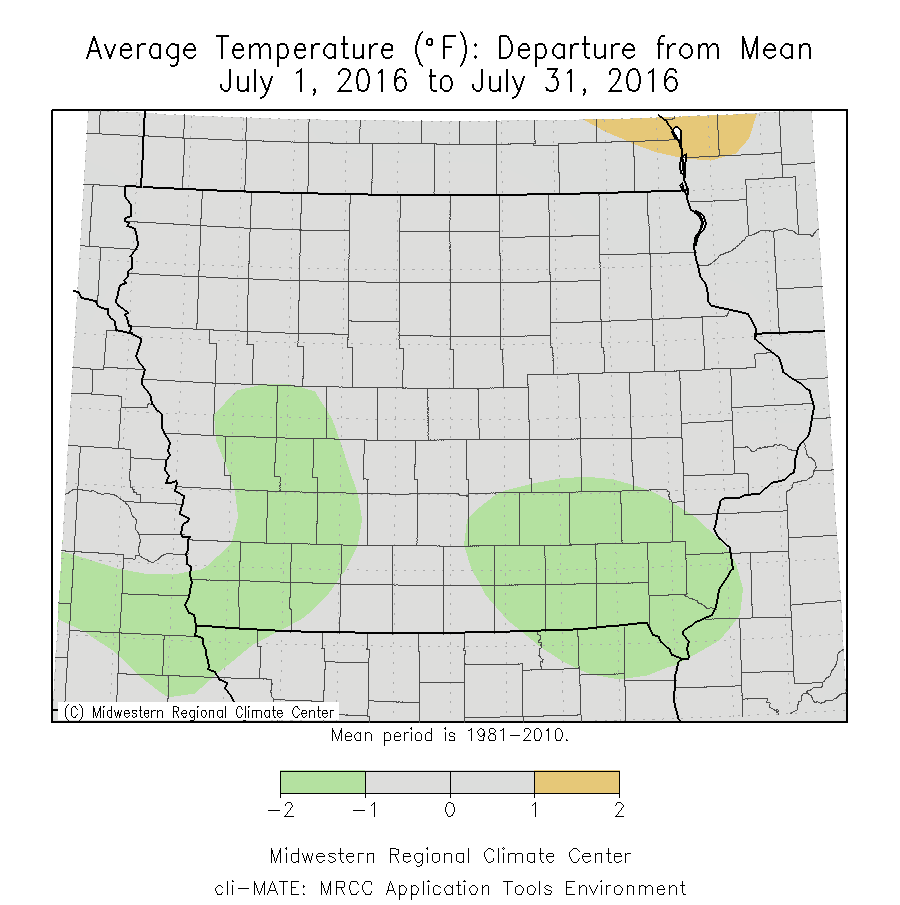 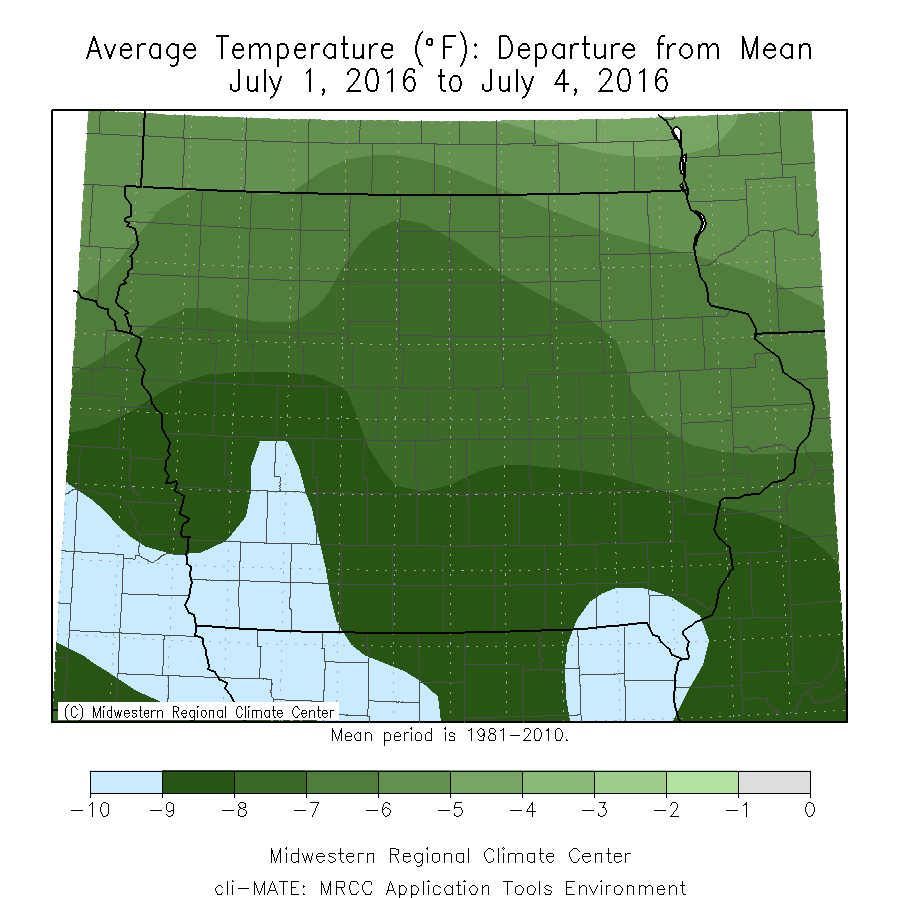 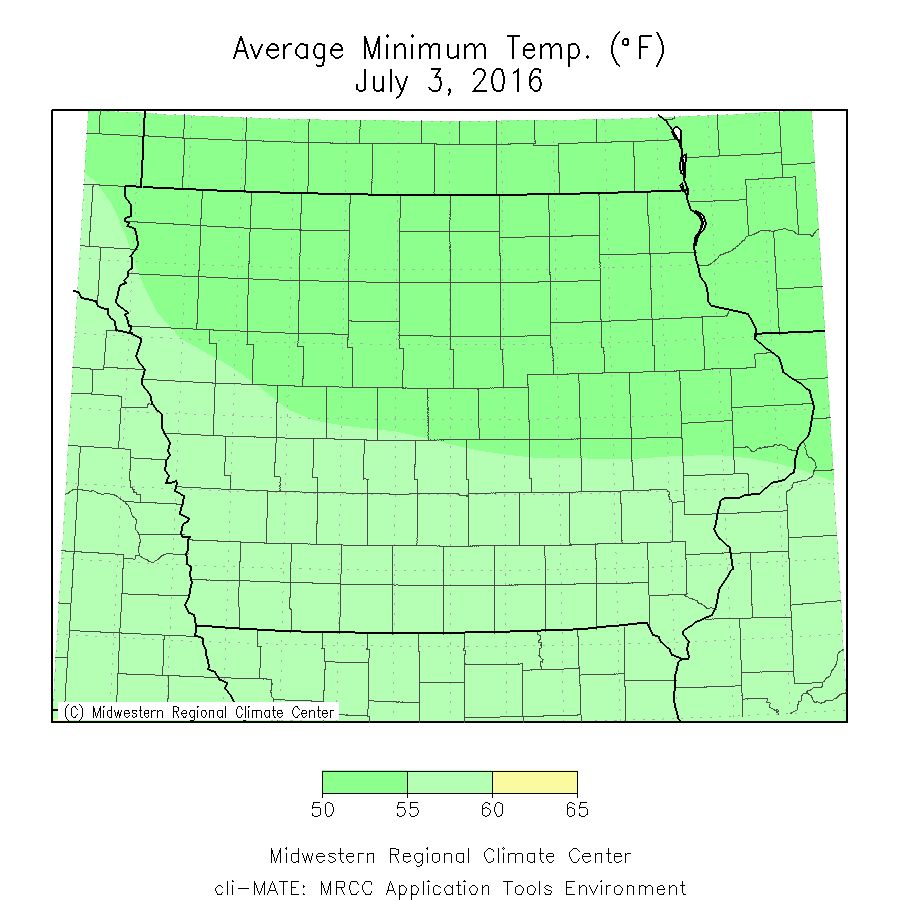 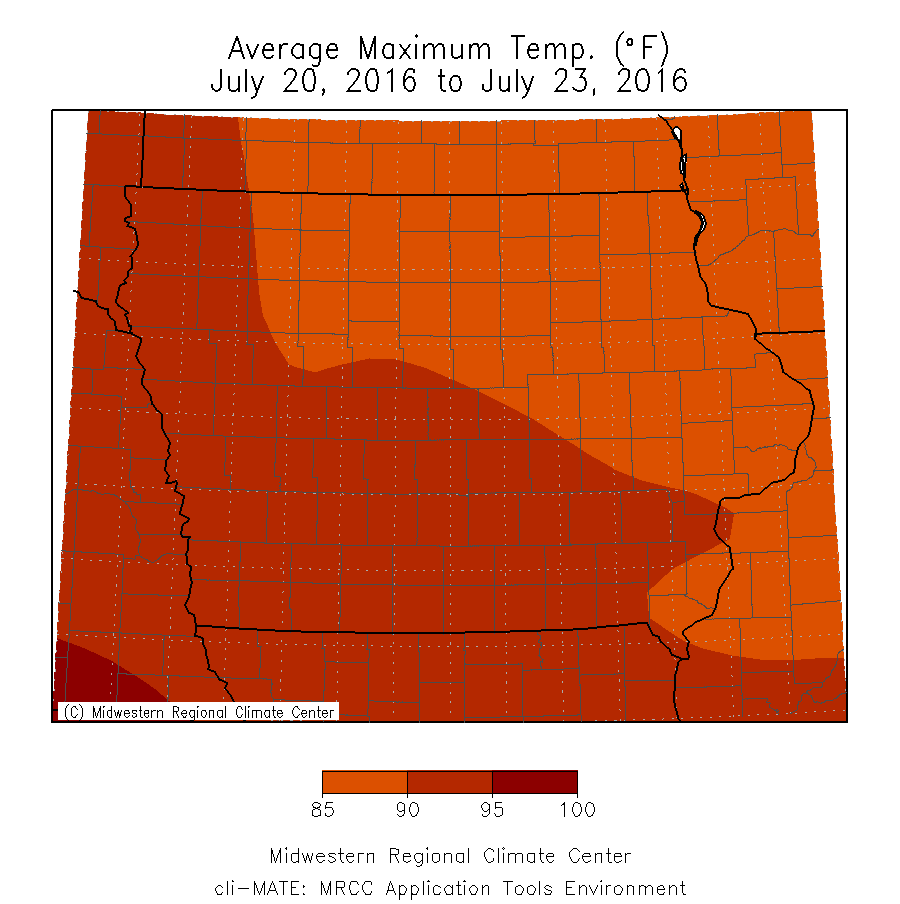 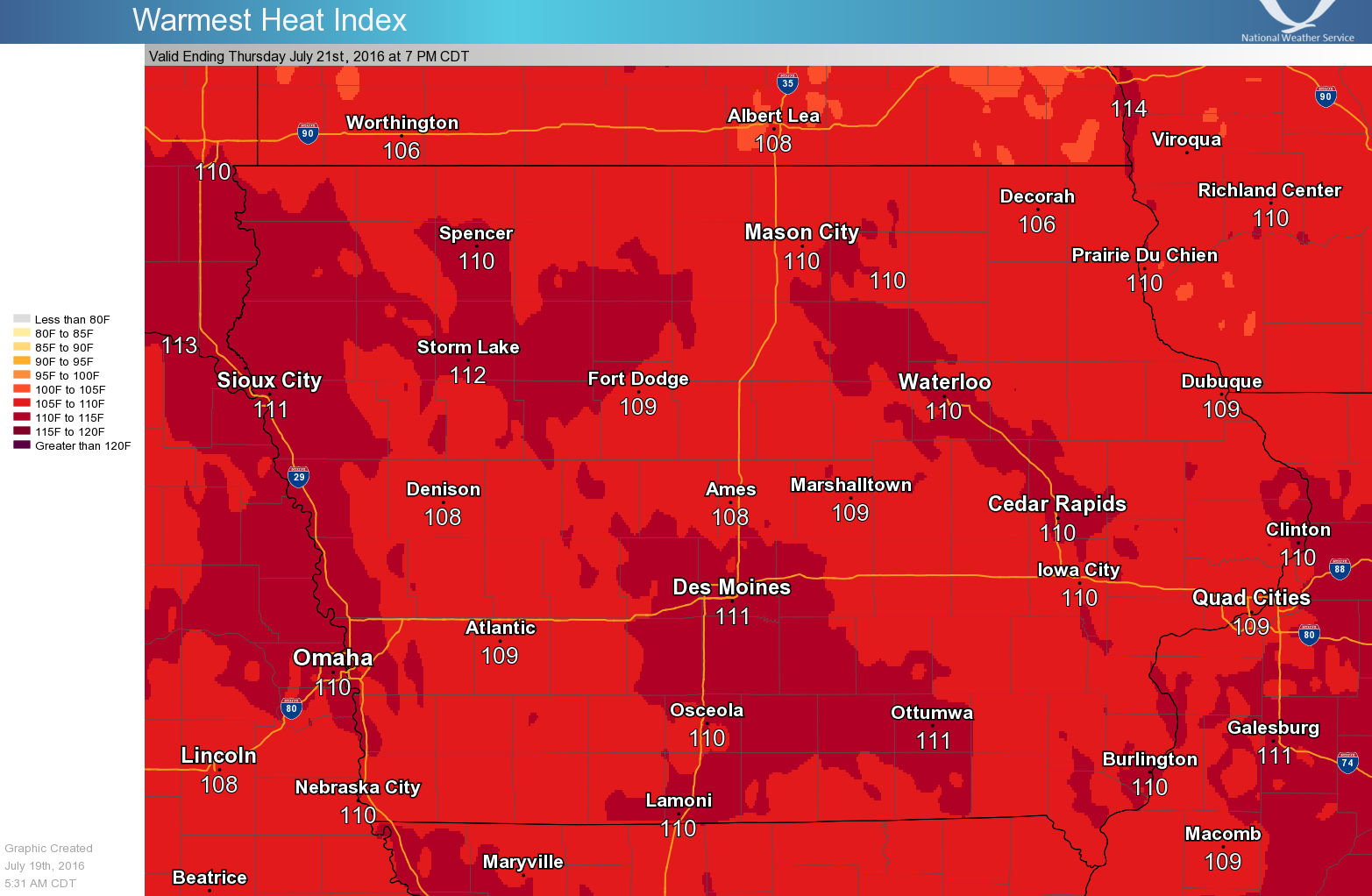 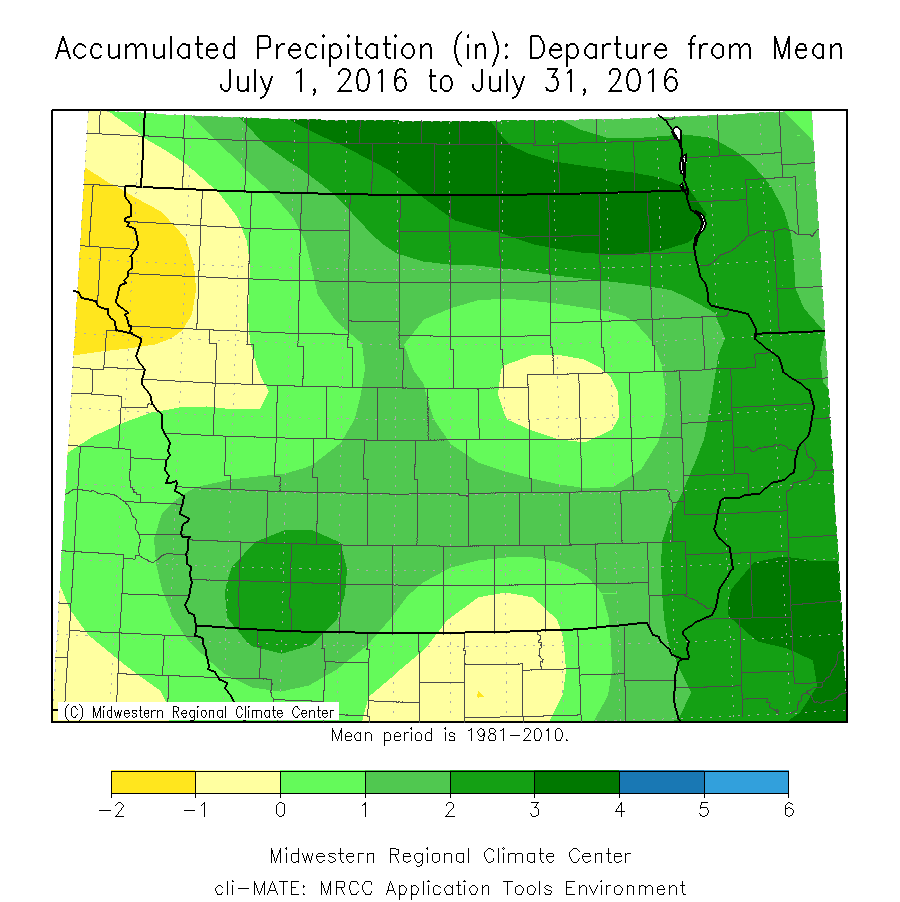 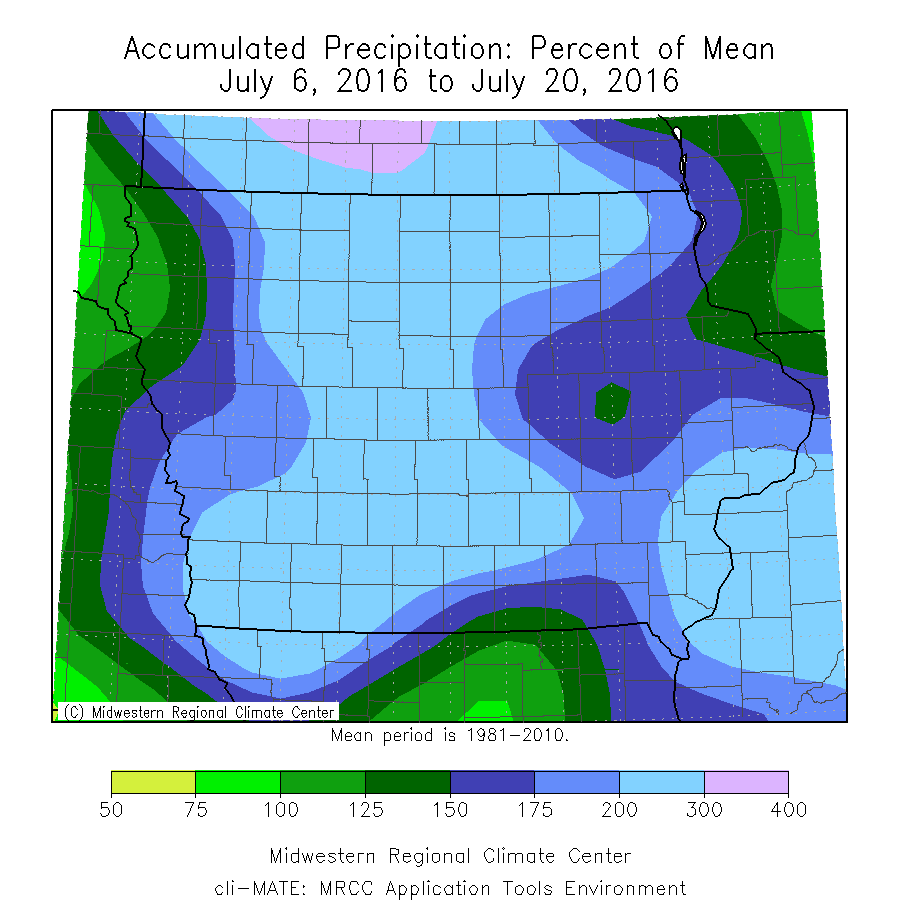 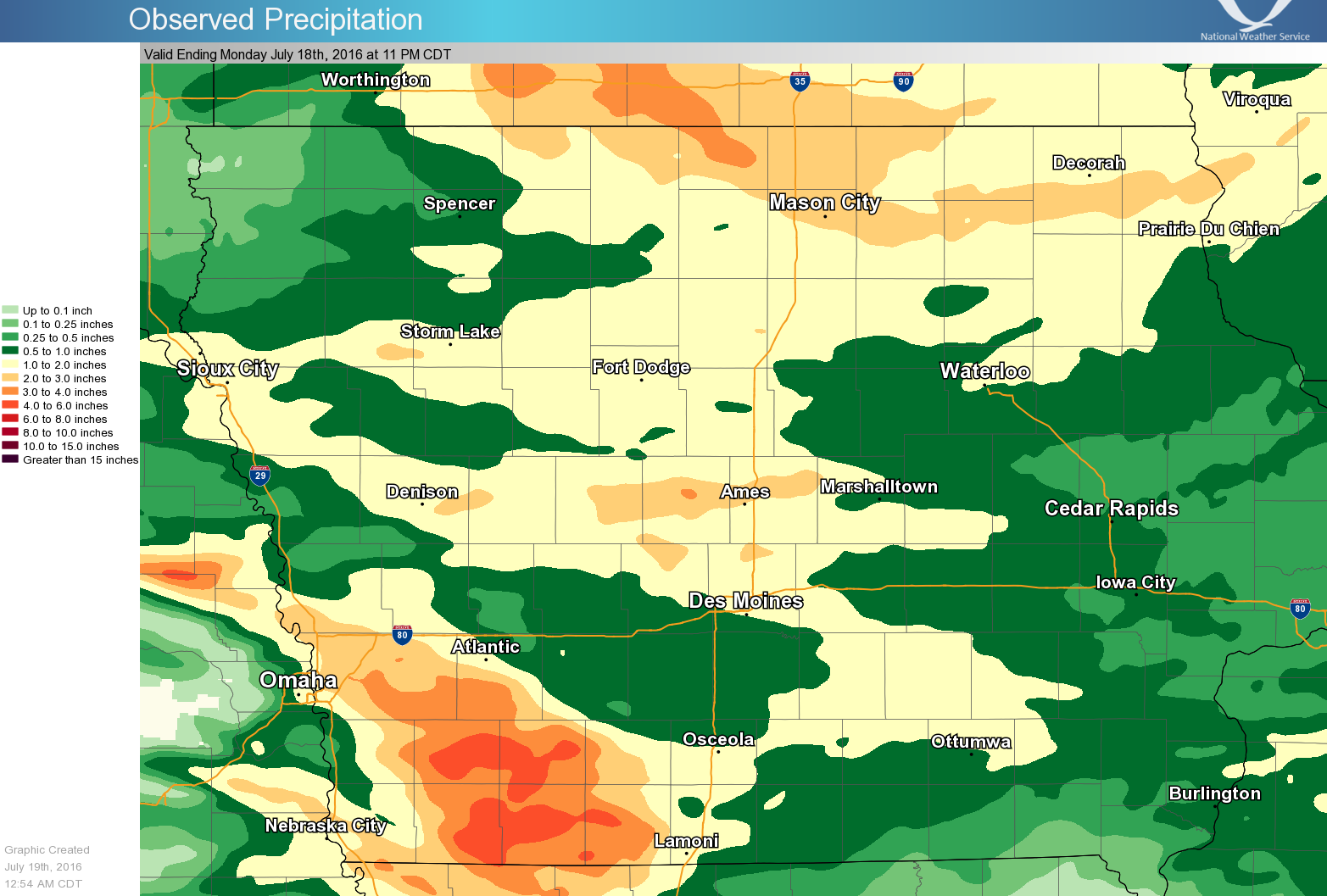 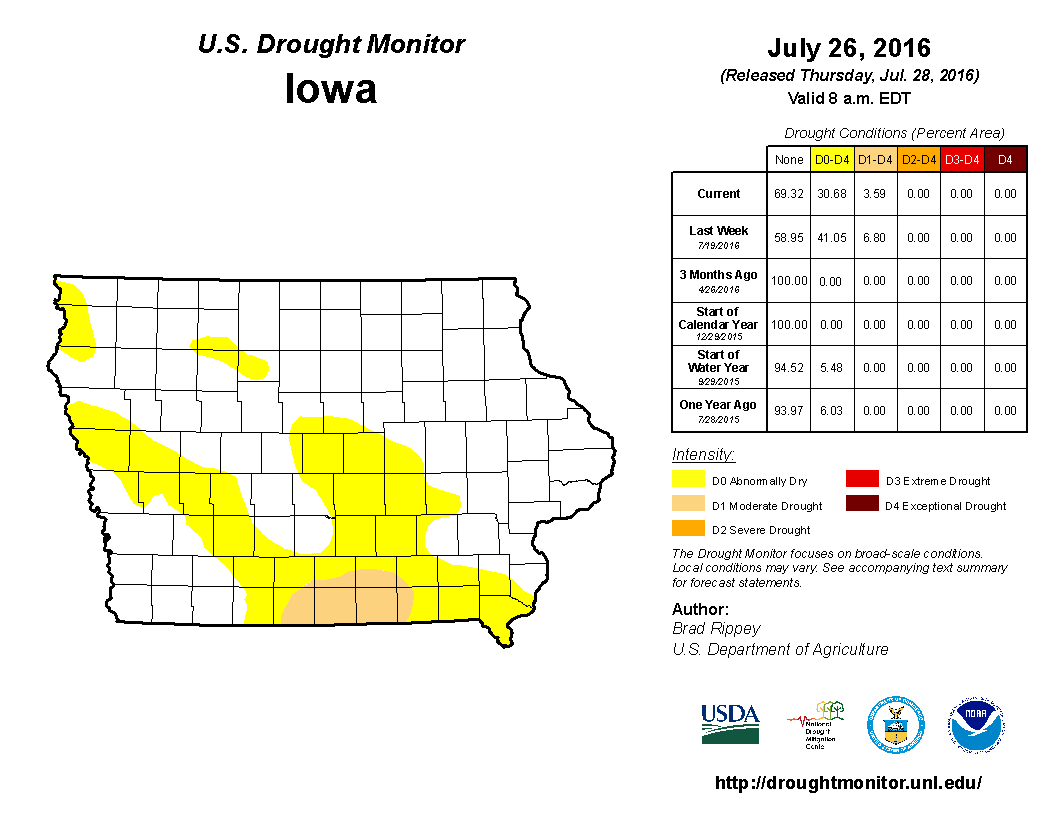 Drought Monitor issued during the last week of July had improving conditions over central and southern Iowa.