The talk all winter and spring was El Niño and how it would affect large portions of the United States.  As spring ended and summer took over, El Niño conversations were quickly replaced with La Niña thoughts as conditions began to transition.  Taking a step back, for those that are unfamiliar with the terms El Niño or La Niña, they are phenomena that exist along the equatorial Pacific Ocean.  An El Niño event is characterized by anomalously warm sea surface temperatures that propagate eastward towards the South American coast.  Conversely, a La Niña event is characterized by anomalously cool sea surface temperatures off the coast of South America that propagate into the central Pacific Ocean.  The oscillation between the two is called the El Niño-Southern Oscillation (ENSO).  For an event to be categorized as an El Niño or La Niña, the Oceanic Niño Index (ONI) is used.  The ONI is a measure of above and below normal sea surface temperatures within a specific region of the equatorial Pacific.  Anomalous values of 0.5 C or greater for 5 consecutive over-lapping seasons would be an El Niño.  Conversely, values of -0.5 C or less for 5 consecutive over-lapping seasons would be a La Niña.  In between 0.5 C and -0.5 C or for periods that do not meet the 5 consecutive over-lapping seasons, would be categorized as neutral.

At this point, you may be wondering what Pacific Ocean sea surface temperatures have to do with weather in the United States, let alone Iowa.  The atmosphere is constantly in flux, responding to various inputs such as El Niño or La Niña conditions in the Equatorial Pacific, in an attempt to reach equilibrium.  Phenomena that last long periods of time and occur regularly can affect atmospheric conditions in ways that lead to tendencies in other areas, known as teleconnections.  A number of phenomena across the globe have been researched and found to correlate to weather patterns in other locations across the globe, and El Niño and La Niña are probably the most researched and well known teleconnections.  We’ll proceed to take a look at the tendencies in Iowa during neutral and La Niña conditions and how they compare to the current seasonal outlooks from the Climate Prediction Center.

For more detailed information about the Oceanic Niño Index, check out: http://www.cpc.noaa.gov/products/analysis_monitoring/ensostuff/ensoyears.shtml

As hinted at above, El Niño conditions existed through the winter and spring months, but weakened into summer and are forecast to continue into at least neutral conditions and possibly transition into La Niña conditions through the fall months (Image 1).

First, focusing on neutral conditions, when looking at previous historical neutral events that occurred during the fall months, temperatures have a tendency to be cooler throughout the state (Image 2).  On the other hand, precipitation does not have a strong tendency state wide, and instead is a mixed bag, indicating a weaker correlation (Image 3).

Should La Niña conditions set in, once again the strongest tendency is seen in temperatures, however this time it is for warmer temperatures throughout the state (Image 4).  Then similarly to neutral, precipitation does not show a strong tendency, but does lean toward slightly drier conditions (Image 5).

While all of that is well and good, how does all of it compare with the Climate Prediction Center’s (CPC) official fall outlook?  For their most recent fall outlook, temperatures nationwide show an increased chance for above normal temperatures (Image 6).  The precipitation outlook shows no tendency for above or below normal precipitation for much of the United States, including Iowa (Image 7).  When comparing to the neutral and La Niña tendencies above, the outlooks do not closely resemble either, possibly indicating low confidence or another teleconnection playing a significant role. 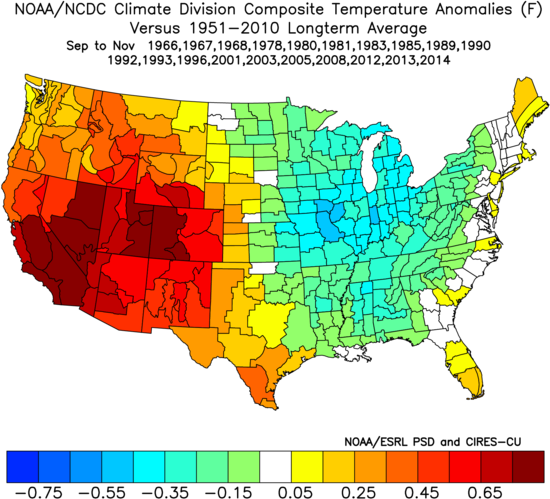 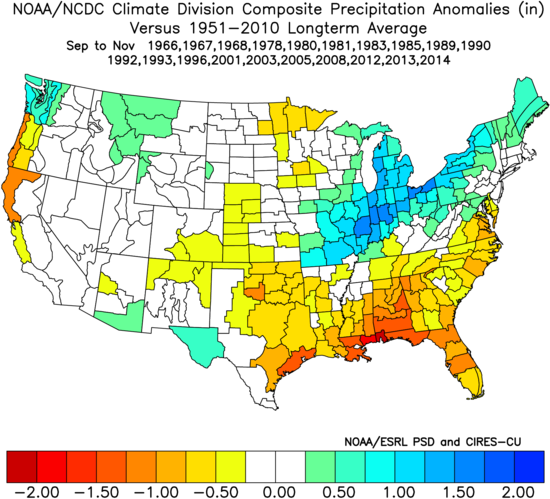 Image 3: Precipitation anomalies (in) for previous Neutral events during the Fall. 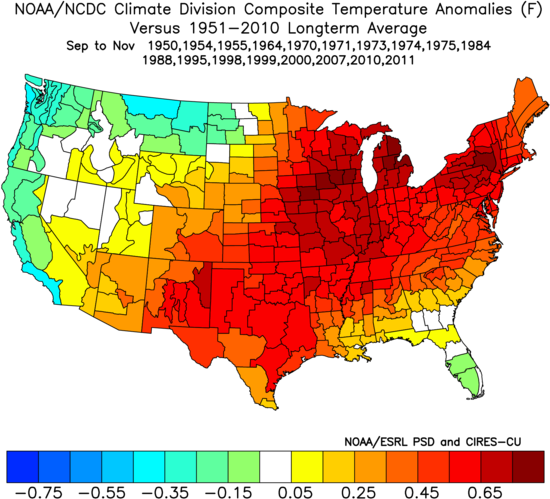 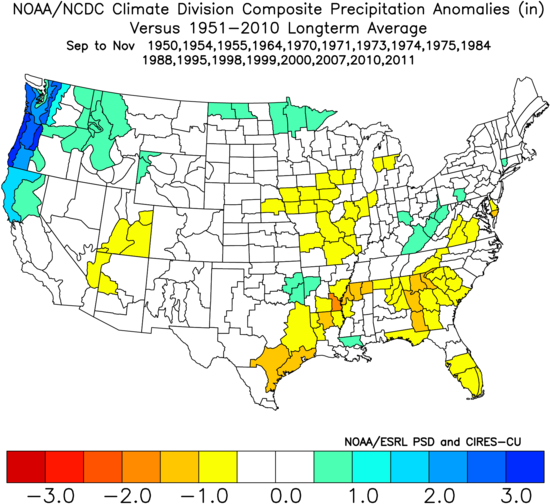 Image 5: Precipitation anomalies (in) for previous La Niña events during the Fall.

Shifting towards winter, forecasts show a likely probability of La Niña conditions setting in and that’s what we will focus on here.  La Niña has a pretty strong signal across the United States, however Iowa is caught in the transition zone of above normal temperatures to the south and below normal temperatures to the north (Image 8).  Precipitation, also has a decent signal across the United States, but once again Iowa does not fall within an area of anomalies one way or another (Image 9).  Instead, the best signals are found through the Ohio River valley, Pacific Northwest, the Southeast, and California. 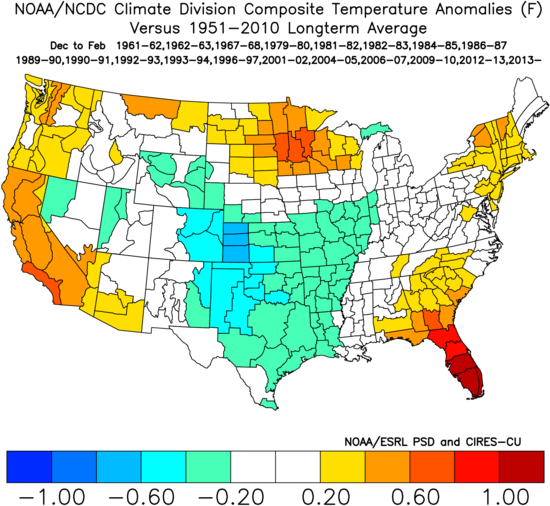 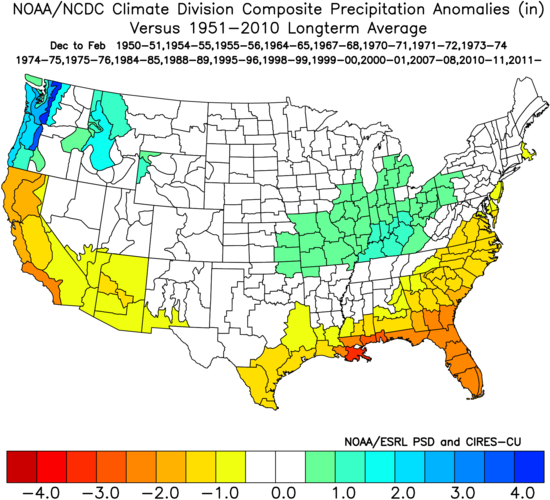 Image 9: Precipitation anomalies (in) for previous La Niña events during the Winter.